Those who have been saving their bottles and cans all year were finally rewarded with a chance to offload them for a good cause. ICDC held its second annual Redemption Day bottle drive on September 5th, bringing in $972.10 of returnable bottles and cans to support affordable housing and economic development. While this was the second year of the bottle drive, it was the first time it has taken place all in one day. 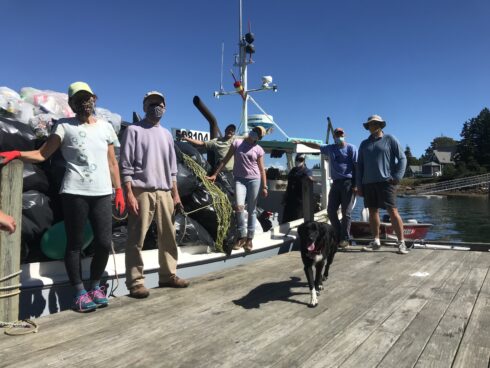 The success of this event was made possible by a dedicated crew of volunteers who spent the morning receiving donations, re-bagging them, and loading them onto a lobster boat to be taken to Stonington. Once on the other side, the bags were loaded into a trailer from Sedgwick Redemption, a local redemption center that has partnered with Isle au Haut since last year to sort and count the island’s returnables.

Just in time for the weather to turn chilly, ICDC installed a super-efficient Woodstock Soapstone stove as well as an insulated chimney liner. This stove will allow ICDC tenants to heat affordably with wood for years to come. The current tenants report that the stove easily heats the house and radiates comfortable heat throughout the day. 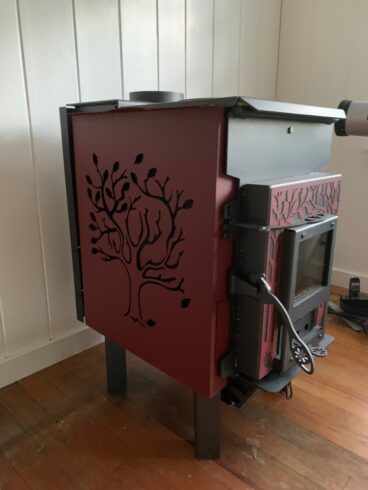 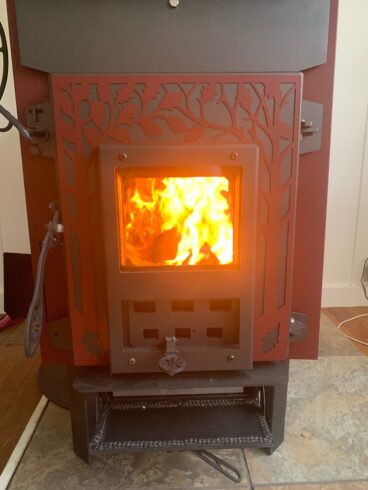 Eastside House gets a fresh coat of paint…and tenants!

The past few months have seen over 100 hours of volunteer time to renovate the Eastside house into an efficient family rental home. The house received a fresh coat of paint in the living area, and the attic and basement were thoroughly insulated. Most exciting of all, a family moved into the house at the beginning of July. ICDC plans to install an efficient wood stove and a heat pump with thermal storage in collaboration with the Power Company’s heat pump program. Thank you to the many volunteers who pitched in their time to make this project happen. This community effort has created a new housing opportunity that will serve year-round families well into the future! 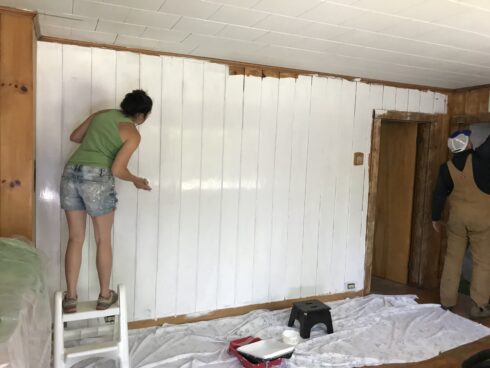 In December of 2019, thanks to generous financing by the owner, ICDC acquired a 3-bedroom ranch house on the island’s east side. We extend our heartfelt thanks to Bob Gerber for working hard to keep his home in the year-round housing stock. ICDC plans to insulate the house and install an energy-efficient heating system aimed at keeping heating costs low for residents. We hope to have the house rentable by this summer. Interested parties should contact info@isleauhaut.org for an application. If you would like to help with this project, the best way to do so is to donate directly to ICDC using the Donate button above. Check back for updates on our progress! 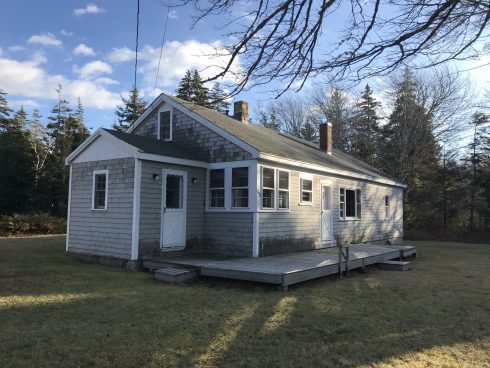 In the winter of 2017, ICDC completed interior renovation of one of our oldest affordable houses. Built in the early 1980’s, the home was one of the original three ICDC affordable houses. It was designed and built by islander Al Gordon.

The interior renovation was completed by Luther Smith, an islander builder. The home is now occupied by a family with two children who both attend our one room school house. 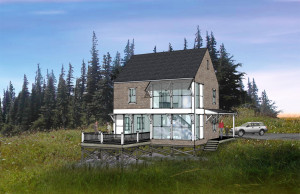 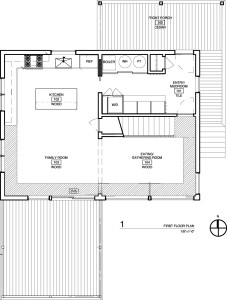 ICDC completed construction of two houses now occupied by new island residents in the Spring of 2013. This project was funded by a public/private partnership with Maine State Housing Authority. As part of MSH Island Initiative, ICDC competed for and won a $355,000 grant to build forward-looking affordable year round rental homes on Isle au Haut. Matching funds were raised through donations from the Isle au Haut community and grants from the Wilcox Family Foundation, Camden Bank Foundation, People’s Bank Foundation, and the Isle au Haut Union Congregational Church. Isle au Haut resident architects Tim Archibald of Midwest Architecture Studio and Robin Tannenbaum of Kaplan and Thompson Architects donated environmentally sensitive designs. Construction began in August 2012 and were completed in Spring of 2013. Puzzlewood Builders of Little Deer Isle was the building contractor for both houses. 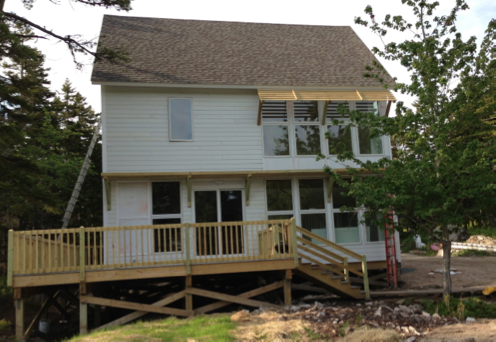 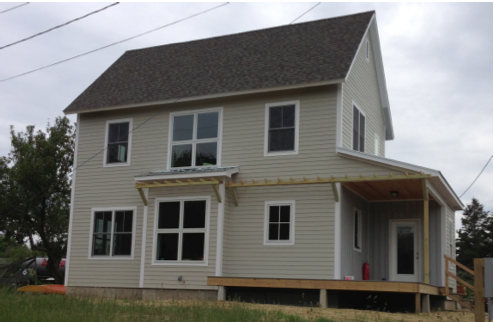 The building started in June of 2012 and was completed with new families installed by July 2013.